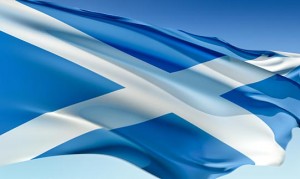 November 30th is St Andrew’s Day in Scotland, and Scots and Scots descendants around the world celebrate their Scottish roots on this day.

The patronage of the saint whose name means ‘manly’ also covers fishmongers, gout, singers, sore throats, spinsters, maidens, old maids and women wishing to become mothers. But just who was Saint Andrew and how did he become the patron saint of Scotland?

Scots have travelled far and wide to countries hot and cold and the Scots Diaspora – people claiming Scots descent – is now estimated at some 40 million. When you add to these, current Scottish nationals living and working abroad, it’s little wonder that there are a multitude of St Andrew’s Societies across the globe celebrating Scottish heritage and traditions.

Visit Scotland.org to find out more about the origins of this celebration and learn about the various events around the world.