You are here: Home › History › Redheugh 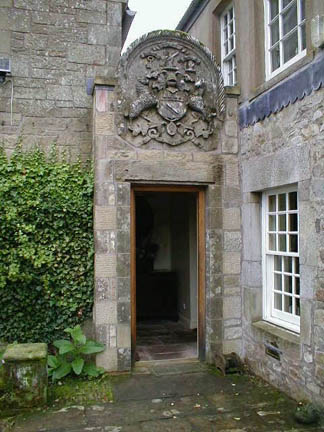 Redheugh is the principal tower and main settlement of the original Elliots. The name is derived from the name of the burn, the ‘Rede’ (red) which runs through the farm and the ‘heugh’ (bank) on which the tower stood. The site is a very typical defensive position.

On the north side you have a steep bank with the river running along the base; although now, the river only runs along one side of the site, in the 14th Century it would have acted as a natural moat at the base of the bank. On the south side is the natural deep ditch defence of the burn  and behind the farm, a deep moss long since drained.

The tower’s strategic position overlooked the main crossing point of the Hermitage Water and, if one could imagine the hill bare of trees, the top of the tower would have had a clear view up and down the valley. Redheugh was the first of a series of pele towers built within sight of each other up and down the valley creating an excellent early warning system.

c.1320
A Charter to the lands of Redheugh was granted to a chief of the Elliots by Robert the Bruce, according to Scott of Satchels, writing in 1688.

c.1376
Redheugh mentioned in a Rent Roll of Liddesdale.

c.1400
“Elliot of Redheugh” referred to in a Pedigree of the Blackadder family.

c.1497
Robert Ellot of Redheugh, Chief, who was stated to be the 10th of his name. He was a close friend and adherent of Archibald Douglas, Earl of Angus and Lord of Liddesdale, and his eldest son was Captain of Hermitage Castle.

1497-1516
Robert Ellot the 12th Chief. War with England 1513. Robert’s eldest son killed at the Battle of Flodden with the Earl of Bothwell, Lord of Liddesdale.

1564-91
Robert Ellot the 16th, Chief. Unity of the Clan affected by political  and religious divisions  in Scotland. Robert lived mainly in Teviotdale until 1578 when he was appointed Captain of Hermitage Castle. Redheugh occupied for the most part by his great-uncle, Martin Ellot of Braidley and Prickenhaugh, who became a notable leader of the Liddesdale clans.

1591-1670
Robert Ellot the 17th. Lived in a new tower at Larriston. Redheugh declined in importance and, after the suppression of the clan system in 1605 and the imprisonment of Robert, the towers  were probably destroyed and Robert’s tenants and followers dispersed. Redheugh was settled on Robert’s daughter, Margaret, in 1637 on her marriage to James Ellot, a younger son of  Stobs. Their descendants were the Elliots of Larriston.

1670-88
Robert Elliot of Larriston, grandson of Robert the 17th, died bankrupt. Redheugh was adjudicated to Christopher Irving of Binks. 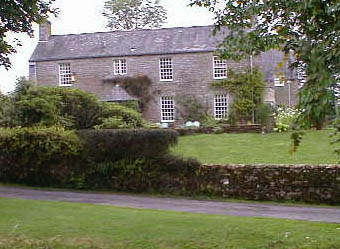 1730-93
Redheugh purchased by William Elliot (of the line of Falnash, a younger son of Robert of Redheugh the13th) for his 2nd son , Robert.  The present house and barn  built at this time and part of the north and east facing walls of the original tower  probably incorporated into the new farmhouse. The meadowland along Hermitage Water cleared. A stone from the old cottages (now a part of the cattle barn) is dated 1784.

1793-1806
John Elliot, 2nd son of Robert, allowed his brother life tenancy of the farm. Newcastleton village (Copshaw Holm) was begun. The road to Hawick and the “smiddy” bridge at the end of the drive built shortly after.

1806-69
Robert Elliot, nephew of John. Many improvements carried out -the cow byres are dated 1813 – and it was probably during this period that the Rede burn was partially diverted and an attempt made to drain the loch covering the lower hill ground. The railway embankment was built in 1861.

1869-1915
Robert Elliot, grandson of Robert. The stone dykes built and plans made for a substantial enlargement of the house with a carriage drive at the East sidebut were never carried out. Robert died with no male heir and his sister sold Redheugh to the tenants, James and Thomas Scott.

1918-46
This is the only time that Redheugh left Elliot hands, but not for long.

1946-58
Thomas Scott sold Redheugh to Sir Gilbert Eliott, of Stobs, Bt. and Chief of the Clan, descended from Robert the 15th of Redheugh. Redheugh substantially modernised and converted to an all-grass stock farm. Cottage built beside farmhouse for the farm manager, Mr. George Turnbull and his family.

1958-89
Sir Arthur Eliott, 11th Baronet of Stobs, succeeded his father. Wind breaks and many trees planted. Fields drained , modernisation and enlargement of the house continued. James Turnbull took over as farm manager from his `father who was given Sandholm Cottage and bottom field. The railway viaduct blown up. Clan Society founded and establishment of Clan Museum.

1989 – present
Margaret Eliott, inherited Redheugh from her father. With her husband, Christopher Wilkins, the farmhouse and cottage have been joined into one house Rede Burn dammed to create a small loch. Cottage built on the bank behind the farm. The embankment bought from British Rail.  7000 trees planted, 4,000 hardwood. The farmland is now managed by Peter Dixon, who has his own farm further up the valley. 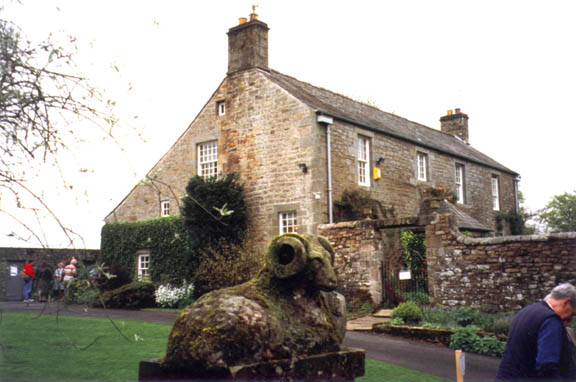